Towards the Optical Character Recognition of DSLs 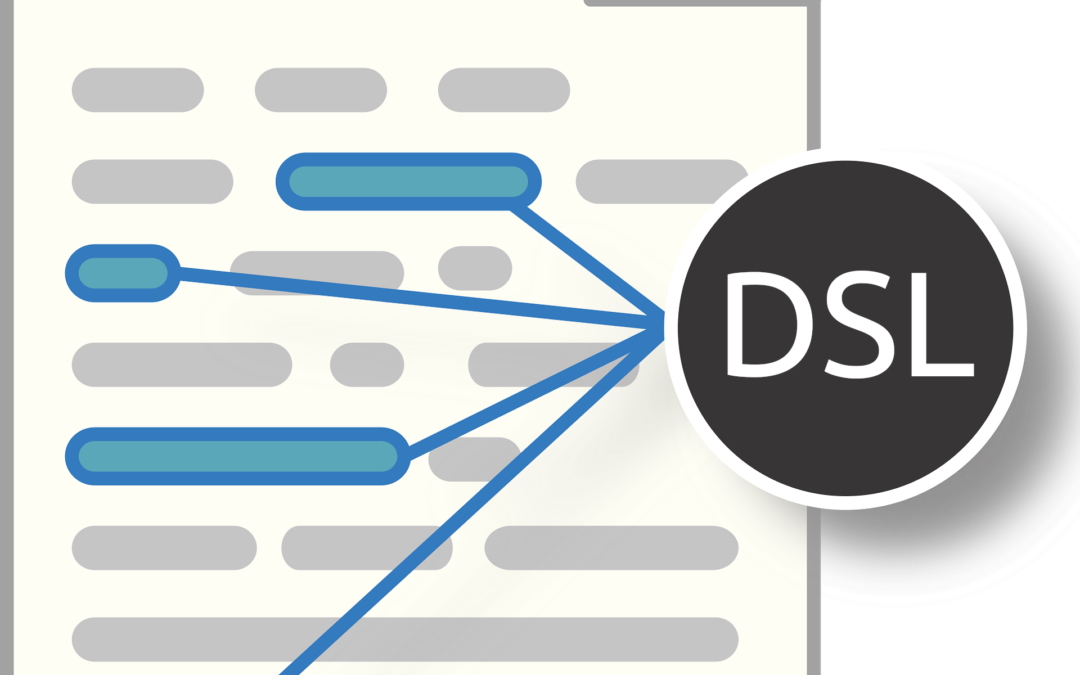 With the goal to identify and extract text strings from images in scanned documents, pictures of handwritten text, video frames, etc., Optical Character Recognition (OCR) systems were born years ago and are still a very active research area [1] that benefits from advances in computer vision, neural networks, machine translation, etc.

Current efforts focus mostly on mainstream natural languages for which there is ample available data to be used for training, predefined language models and public dictionaries that help achieve high levels of accuracy in the OCR process. Instead, specific OCR support decreases considerably when targeting programming languages – although some works to extract source code from programming video tutorials have appeared lately [2,3,4] – and even more when addressing Domain-Specific Languages (DSLs) where, due to their own nature and unlike general-purpose languages (GPL), we do not have predefined dictionaries or pretrained recognition algorithms available. For instance, unlike GPLs, we cannot assume that code repositories like GitHub have enough good examples of any DSL we can think of to train a OCR model for the language from scratch.

Nevertheless, good OCR support for DSLs could bring significant benefits and open the door to interesting applications in the field of DSLs. For instance, one could parse old manuals of legacy DSLs (or even conference proceedings from past or related SLE conferences) to automatically extract examples, which could be later used as test data for new parsers or to train any machine learning-based algorithms. In these cases, numerous examples are needed, and common solutions such as the generation of synthetic [5] data may not be optimal. When possible, our approach for supporting OCR for DSLs would be an additional source of data. From a teaching perspective, such OCR for DSLs could help in processing student assignments for automatic assessment.

Additionally, DSLs are currently also documented by means of video tutorials, as in the case of general programming languages. Furthermore, there is the specific case of graphical DSLs, whose graphical notation is complemented with textual languages. In those cases, the textual DSL expressions often appear as annotations next to the referenced graphical elements. Those annotated diagrams are usually stored, published, or shared as images. OCL[6] is an example of a textual language that complements UML [7].  While complex OCL expressions are better defined in separate files, short ones are usually depicted as notes in UML class diagrams (or other UML diagrams).

In this blog post, we summarize our vision about what are the main challenges of OCR support for textual DSLs and discuss several alternatives to improve recognition quality by leveraging the DSL specification and available domain data. This work is part of the Software Language Engineering Conference 2020 and co-authored by Jorge Perianez-Pascual, Roberto Rodriguez-Echeverria, Loli Burgueño, and Jordi Cabot. You can read the full paper or the summary below. See also the video of our presentation

Challenges in OCR support for DSLs

How to improve OCR recognition for DSLs

Although the easiest way to address these issues might be to (re)train an OCR engine with DSL images of code, usually the amount of data needed is much larger than the data available.  For instance, Tesseract, which is one of the most popular OCR engines, has been trained with 400,000-800,000 rendered lines of NL text.  While this amount of data could be collected from GitHub repositories for well-known GPLs such as Java or Python, we believe this is hardly (if not impossible) achievable for most DSLs.

For DSL recognition, as an alternative method, we propose to use as much knowledge as possible from the own DSL specification to drive the recognition process. We distinguish five fundamental groups of elements in any DSL excerpt:

Finally, an additional challenge appears when proposing any method for OCR quality improvement: OCR independence. Any method should be seamlessly applicable to different OCR engines without introducing any overhead.

To get a first evaluation of the aforementioned ideas about OCR support for DSLs, we conducted an empirical study with OCL as a particular case of DSL, and Tesseract which is one of the most popular and accurate OCR systems and broadly used in programming languages transcription.

We applied four different strategies,  based on the ideas mentioned above, to improve the OCR recognition of OCL expressions. To do so, we took the dataset from [9], which contains 4,774 OCL expressions from 504 EMF metamodels coming from 245 systematically selected GitHub repositories. We removed faulty or invalid metamodels and/or OCL expressions and for each valid OCL expression we generated 10 different images using the 10 different fonts (simulating both computer and hand-written types of fonts). For more details about our experiment setup, please check our paper [10].

Our experiments show that the default configuration of Tesseract produces a significant percentage of correct expressions for computer fonts, around a 60%. Nevertheless, our approach for empowering the OCR engine with repairing strategies has shown to have potential. These strategies improve the recognition between 10%-20% and they do not have an important performance overhead (+0.1 sec).

Finally, we have observed that all strategies work better for computer-like fonts (F1–F8) than for hand-written fonts (F9–F10). Even in this case, our repairing algorithm obtains the best improvement (24%) for the Handlee font (F10).

We plan to keep working on these and new strategies to achieve additional improvements in the Optical Character Recognition for Domain-Specific Languages!

He is a very passionate programmer in Python and his current research is focused on automated tools for Model Driven Engineering based in Artificial Neural Networks and other Machine Learning tools.