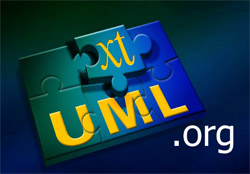 BridgePoint, the worlds most mature model driven development tool, went into the public domain yesterday. For those of you who do not know it, BridgePoint began life in the 1990’s supporting Shlaer-Mellor OOA. From the very beginning, the focus was on model based development with generated code. When UML came along, the tool was updated to draw the new standard diagrams but never discarded the high precision semantics of the original method. Instead, those semantics were extended beyond classes and state models to include a component based approach to system construction. This became known as executable and translatable UML or xtUML.

BridgePoint was for many years the only tool that supported execution of UML semantics. It uses a formal action language for specifying behaviour and incorporates Verifier, a fully functional model simulator that appears to the user exactly like a traditional integrated debugger, right down to breakpoints, stepping and variable inspection.

If all that wasn’t enough, BridgePoint includes several mature model compilers. These consist of a collection of human readable (and modifiable) templates which are passed through Generator, a model to text tool to produce lean and efficient target language directly from the models. The resulting code can be executed in environments that range from server systems right down to resource limited embedded systems, with or without a real time operating system. Supported languages include C and C++ and even VHDL (yes, BridgePoint has been used to produce hardware).

It is a testament to the flexibility of the tool that BridgePoint is self hosting. That is, the bulk of its design is captured as xtUML models. The java source code which runs the tool is generated directly from those models, using a customised Java model compiler that generates code that integrates with BridgePoints host framework, Eclipse.

All of the above went open source yesterday.

Coinciding with BridgePoints open source debut, a new company, One Fact Inc., was formed to offer support, training and curated releases for the considerable existing worldwide customer base.

You can find out more about BridgePoint, and download a copy at www.xtuml.org. You will find the source, including the source xtUML models, in Github under the xtuml organisation. One Fact Inc. can be visited at www.onefact.net.

The xtUML Editor is built upon the eclipse framework. You can download a fully-functional eclipse + BridgePoint environment in a single, easy-to-install package here.

Screenshot of the xtUML editor in Eclipse