Hi, the UMLet team here. Jordi invited us to write a guest entry about our new UML tool “UMLetino” (see www.umletino.com) — thanks Jordi, also for providing a great modeling hub!

UMLetino is a free, web-based UML tool. It features a mix of fast, markup-based element edits, and mouse-controlled overall layout design. (Btw, UMLetino is an offspring of the stand-alone UML tool “UMLet“.) 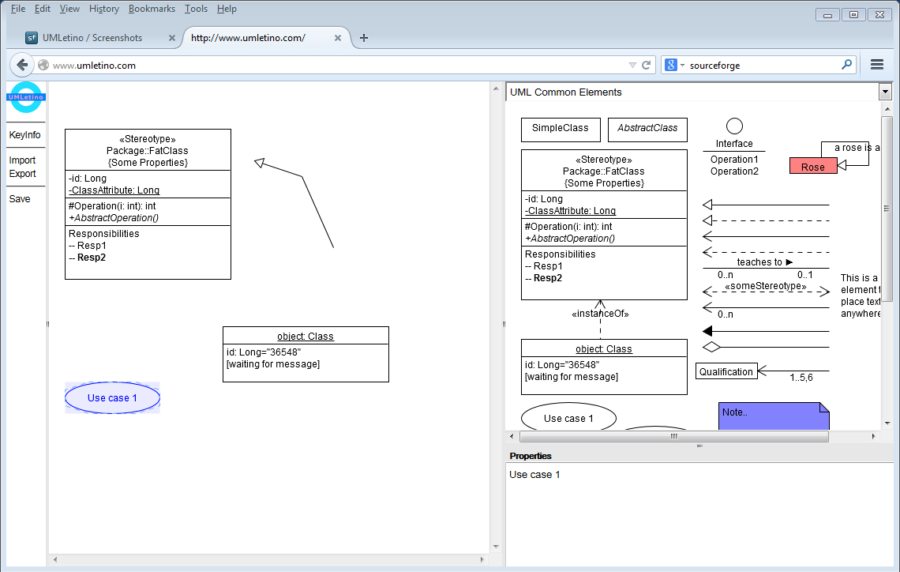 Like its ancestor tool UMLet, it aims at the fast creation of UML sketches. Its main idea is retained: let users edit elements with minimal hassle. To achieve this, the GUI took a somewhat different approach than other UML tools:

We sure hope you like UMLetino — and please let us know your feedback at [email protected]!