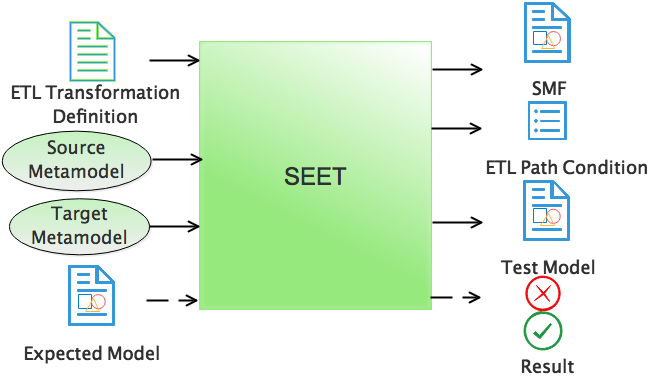 Would you like to ensure that you wrote a transformation correctly, but are disappointed with the current no tool support for the V&V of model transformations? Keep reading to see how the SEET tool can help you in this regard.

Model transformations are the cornerstone of any Model-Driven Engineering (MDE) approach. But even if you don’t get any syntax or runtime error when trying your transformation, you cannot be 100% sure that it’s free from logical errors.

By logical error we mean an error in the program which causes an undesirable output or runtime error. Consider the following example which is part of the Families2Persons transformation. It has no compile-time or runtime error, but still, it is not correct. The logical error is in line 15; the return value of the isFemale operation must be “true” for a daughter.

In such a case, it is a waste of time to manually check whether the transformation is correct or not. We need a tool to help us in this regard. Some black-box approaches have been presented. However, they may generate duplicate test cases. We propose to use a symbolic execution technique, a proven technique in software engineering, to find logical errors in model transformations.

Symbolic Execution of a Transformation

Figure 1. Concrete and symbolic execution of programs vs. transformations

SEET can detect over fifty kinds of errors in ETL transformations. In a black-box view, SEET takes the ETL transformation definition along with source and target metamodels as inputs and generates an SMF, the path condition, and the test model as outputs. In case the expected output model has been provided, the result of the correctness of the transformation is specified as well.

The methodology of SEET can be seen in Figure 2. It consists of 8 main steps as follows.

Figure 2. The SEET approach for symbolic execution of ETL transformations

In case the generated SMF does not conform to the target metamodel, it is discarded. Otherwise, SEET provides test models for each execution path.

The open-source SEET tool that is built based upon these ideas as well as a tutorial on how to use SEET is available on Github. You can see some screenshots of the tool next. 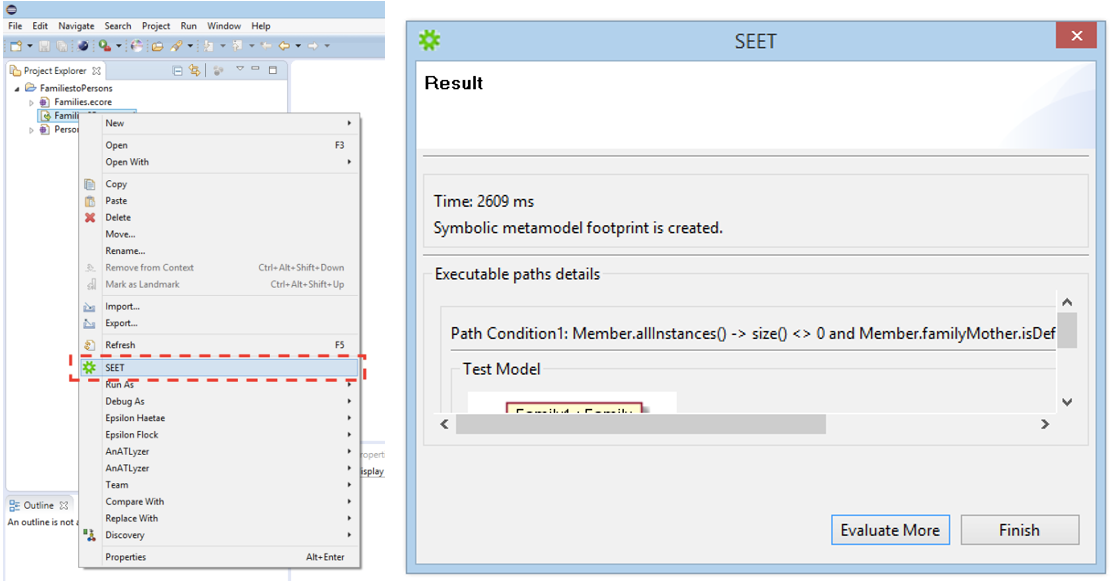 To evaluate the approach, we have provided some mutants for ETL transformations. You can access them through Github as well.