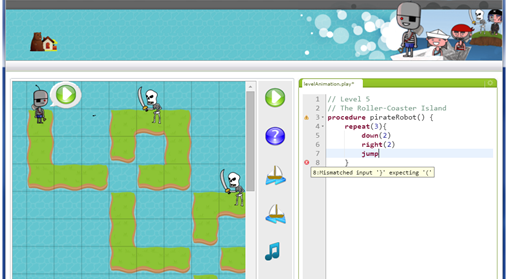 The adventures of the pirate robot is an online game for kids to teach them how to code.  Why are we talking about coding in a modelling blog? The game engine of the pirate robot adventures, the back-end, is a modeling platform! And, in addition, it works entirely on the browser! If you saw this game and have not read this post, you would never imagine that technologies traditionally used to build advanced IDEs such as EMF, Xtext, and Xtend are running on the background! 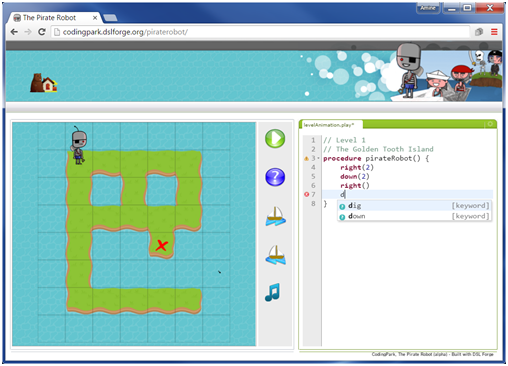 Programming the actions for the pirate robot in a treasure island

Without detracting from the importance of modeling, knowing how to code, or more generally speaking, how to think computationally to solve a problem, is going to be a must for our society independently of the professional field.

As such, learning to code from an early age is the first step towards being tomorrow’s programming rock star. We, as today’s rock stars, know this because we used to play with code when we were kids. Do you remember Logo? (yes, the turtle drawing squares and crazy spirals!). If not, let me tell you that it is a game for learning to code where you give instructions to a turtle. The pirate robot, just like the logo’s turtle, is based on a domain-specific programming language which has been developed for the game. This is what DSL Forge brings to the table: the ability to design domain-specific languages and derive web applications from them in few clicks. There is a post in this blog showing how easy it can be to create online textual modeling workbenches with this technology.

The pirate robot is an early adopter of the DSL Forge tool, here is how we proceeded to build the game: 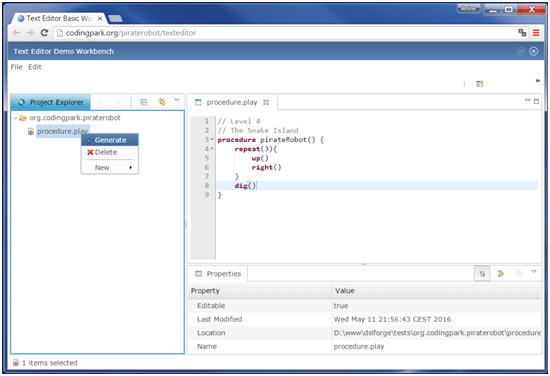 Automatically generated editor thanks to DSLForge 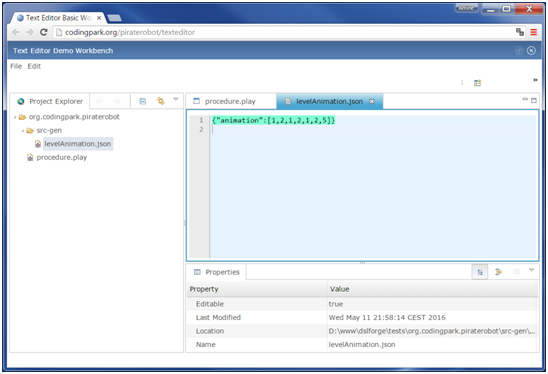 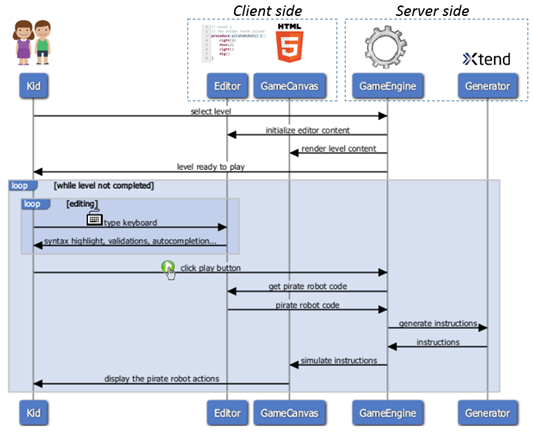 We invite everybody to join the adventures of the pirate robot and help him find incredible treasures. New levels and improvements will come soon. The game has been tested in Chrome, Firefox, Internet Explorer and Safari. Also, visit DSLForge to know more about this pioneering technology in the area of DSLs and web applications. Feel free to contact me for any research oriented collaboration based on this modeling case study.

Software Engineer and Researcher at the University of Luxembourg and Sorbonne University UPMC Paris 6.