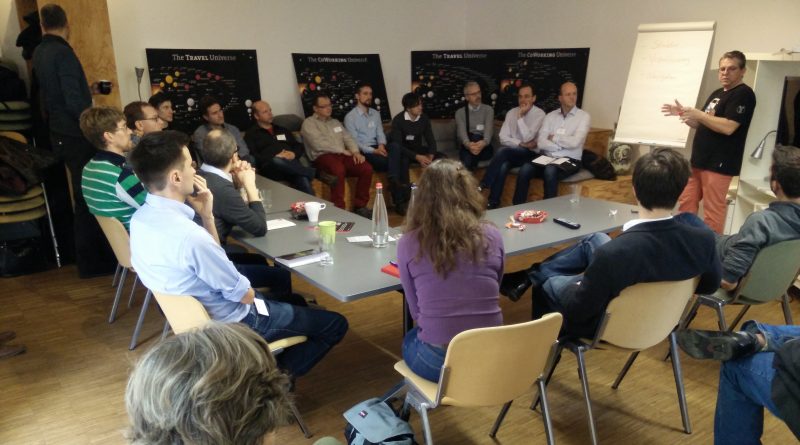 Imagine a conference that covers exactly the topic that you are interested in. Would you go? This is not a hypothetical question: In the last few years, a new event format has evolved that does exactly that: It ensures that you get the answers that you were hoping to get from the event. These are called Barcamps (also known as Unconferences or Open Spaces).

BarCamps exist for a huge variety of technologies and domains so why not a BarCamp-style Modeling event?. This is exactly what we’re trying to achieve. On November 18, the Modeling Craftsmanship Barcamp will take place for the second time near Hannover, Germany (and will be primarily conducted in German although sessions can be held in English as well).

So… what exactly are Barcamps?

What is a Barcamp?

A Barcamp is kind of like a conference: There is a session plan with parallel tracks, and there is a general topic. But there are also important differences:

In practice, a Barcamp starts with session planning: The organizers prepare a large and empty agenda, and mount it on a wall. Next, the participants fill out index cards. These hold a topic and name. Then, one by one, those who would like to moderate a session walk up to the agenda, stick their card on a free slot, and say a few words about the topic. Topics can cover everything from an acute problem to general questions, presentation of ideas, or even interactive sessions – pretty much everything is allowed.

The session planning concludes when every slot is filled, or when no more cards are left. Often, there is some shuffling done afterwards: Maybe someone wants to hold a second session, if there is space, or cards are moved to prevent collisions of popular topics.

That concludes the planning. From this moment on, participants “vote with their feet” by attending the sessions that interest them the most. It is also allowed for an owner of a card to move it, or to put another card in an empty slot: The agenda can change throughout the day.

The Modeling Craftsmanship Camp was organized for the first time in 2016 by Stephan Dankers and myself. Even though we both had experience in organizing events, we were surprised how quickly the 40 tickets sold – we seemed to have hit a nerve! While there are huge multi-track Barcamps as well, we restrict the number of tickets to creat a very personal, very intense atmosphere. This earned us a lot of praise from the attendees. The fact that tickets started at €20 (same this year) certainly helped, too. 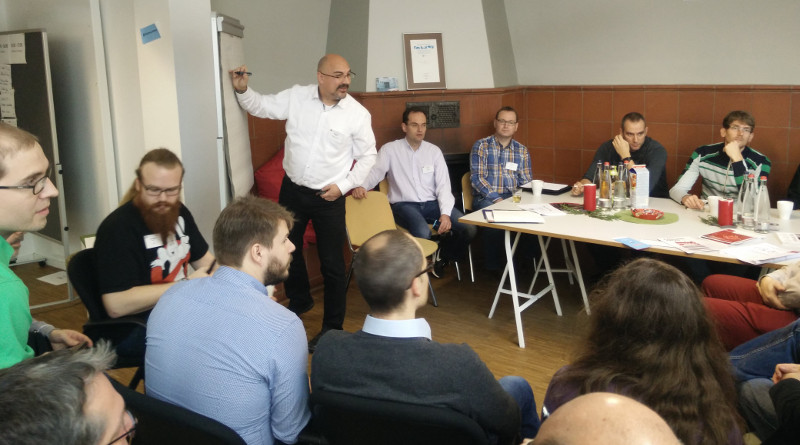 Modeling is a broad topic. While Stephan and I were primarily interested in Systems Modeling, we were wondering how much interest things like CAD modeling or simulation would attract. In the end, the sessions fell into the following areas:

If you speak German, consider joining us in Hannover, so that you can get a room full of  experts to discuss your modeling challenges, and share your expertise with the other attendees. I am also co-organizer of the Systems Engineering Barcamp, which takes place one on October 8 in Hamburg, Germany.

And if you don’t speak German, but love your modeling community, go ahead and organize a Barcamp in your city. There are no trademarks or intellectual rights associated with Barcamps. If any of the readers would like to organize such an event, I am more than happy to provide advice and help spread the word.

Dr. Michael Jastram is Systems Engineer with a focus on requirements modeling. He is founder and project lead of the Eclipse Requirements Modeling Frameworks, an open source project for requirements modeling and the reference implementation of the open ReqIF standard. As an advocate for openness, he shares his knowledge via books, articles, talks and even organizer, as well via his weekly German blog System Engineering Trends and his monthly English Formal Mind Blog. Michael has 20 years of professional experience, including ten years in the USA, where he acquired a Master’s degree at M.I.T. and worked as a software engineer and architect in various start-ups. He is founder of the Düsseldorf Java User Group (rheinjug e.V.). Today he is general manager of Formal Mind GmbH and operates ReqIF.academy, an on-line library for requirements exchange knowledge. He further supports Jama Software as Senior Solutions Architect.