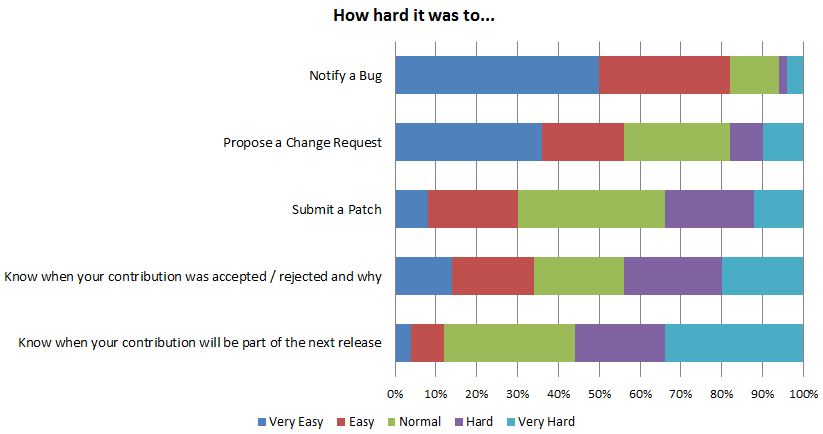 A couple of weeks ago we published a post requesting your input in a survey to understand the problems people have to face when trying to contribute open source projects. He have now closed the survey and analyzed the results, which we would like to share with you in this post.

We have received 50 answers in total. The first question of the survey allowed us to characterize better the profile of the user doing the survey. The following chart includes the distribution of the surveyed people.

According to the numbers, the survey targeted people which have already contributed to projects (i.e., ~75% including end-users, contributors and project leaders) or tried to do so (i.e., 10%).

Next questions in the survey were oriented to understand which tasks of the contribution process were more (or less) hard. The following graph shows each task of contribution and the proportion of answers regarding the level of difficulty.

As can be seen, the level of difficulty increases as the contribution task requires more implementation effort (e.g., submitting a patch) or communication between the people involved (e.g., knowing the status of your contribution). To kwow better the resons about this, the survey included an extra question whose results are summarized in the next chart (selection of more than one reason was possible):

Among the answers received in the “Other” field of the previous question, some interesting contributions were:

Finally, the last questions of the survey were oriented to know if governance rules of open source project may be made explicit and enforced. The following charts summarize the resuls obtained. 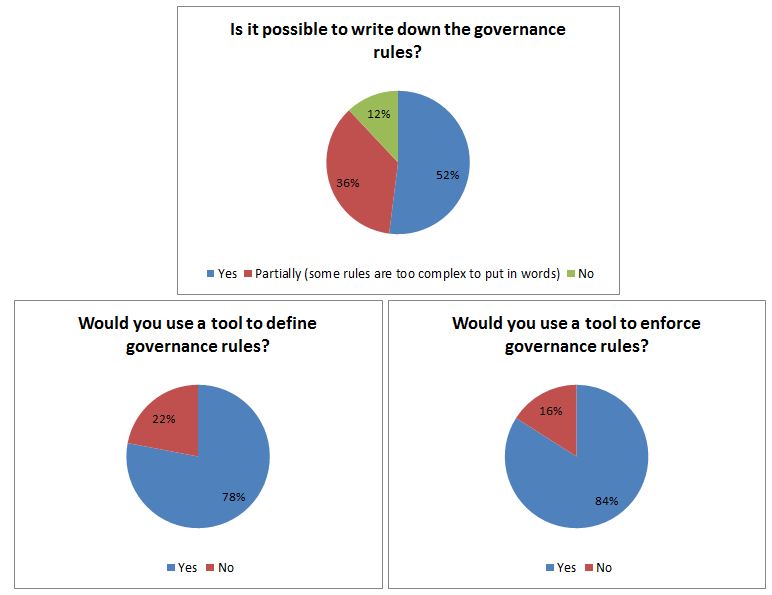 All in all, the results obtained in the survey may reveal that it exists an important entry barrier to contribute open source projects, where aspects such as knowing the status of contributions is crucial. To improve this situation, we think that it would be interesting to promote more collaborative approaches such as the one proposed in Collaboro, where every actor involved in the process can participate and know how it evolves.