As announced, Jean-Jacques Dubray visited us in Nantes to give a talk about the lessons learn in the building of his model-driven mobile application platform: Canappi 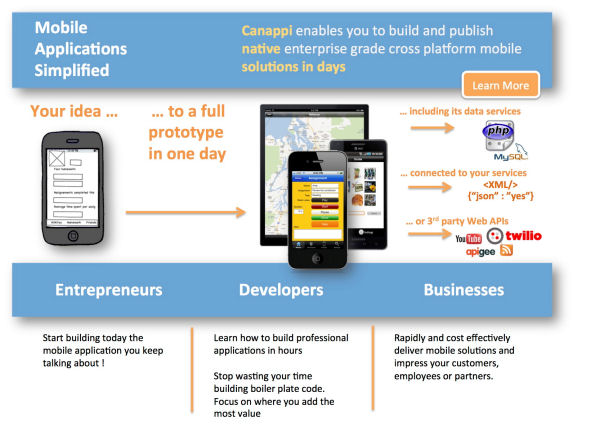 Since many of you were interested but unable to fly to Nantes, you can at least check the slides of the talk and an unordered set of notes I took during the talk. These notes are NOT a summary of the talk but just some of the sentences I found most provocative and/or enlightening. Check the full slides for more context and contact Jean-Jacques if interested in giving Canappi a try.

Here you are the slides and the notes: