What is GSN and What it’s for?

GSN stands for “Goal Structuring Notation” and it visualizes an argument structure that supports a claim to be true. In the industry in which safety assurance is critical, standards such as ISO61508(general), ISO26262(automotive), DO-178B(airplane), etc require documentation of “Safety Cases”, and GSN is the standard format to document the cases graphically.

But, GSN itself is a simple notation of argumentation structures and has broader applications. Here I show you some general concepts in GSN using an example.

An example of GSN (mathematics)

The following is an example of GSN that illustrates a mathematical proof of a statement using “mathematical induction”. And the statement is: 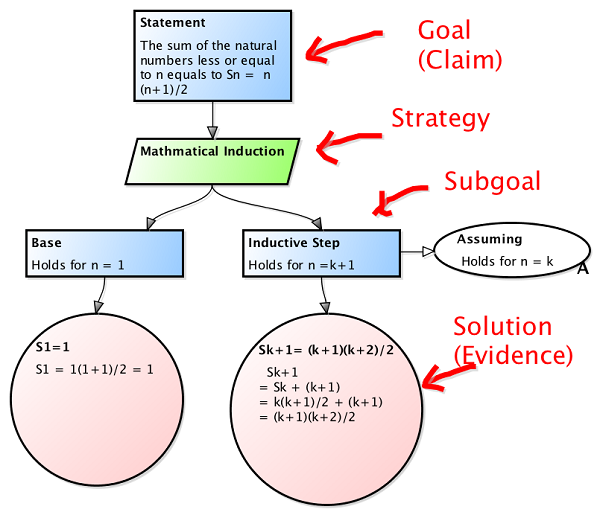 The most demanding needs we can now see is in the automotive, avionics, railway, robotics and medical industries which require “safety” cases in certifications or regulations.

The example below is a safety case argument from “The Community Standards(see below)”. 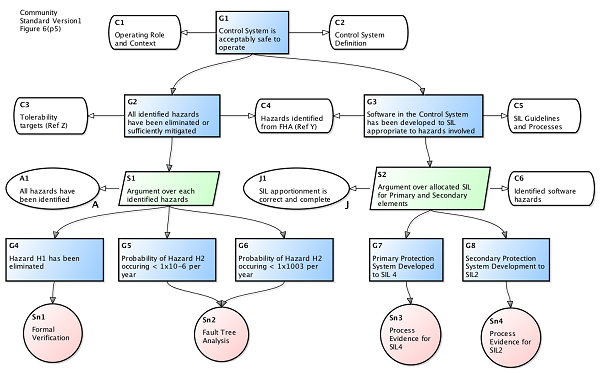 Other “Cases” like “Dependability Cases(D-Cases)”, “Security Cases” and more generally, “Assurance Cases”(an umbrella word for cases that assures some property of the system) can be visualized in the form of GSN, too.

In broader contexts, GSN can be used to visualize arguments including;

Where to see further discussions

At OMG(Object Management Group), GSN is (semantically) being standardized as “Assurance Case”.

SACM is composed of ARM and the other specification called SEAM(Software Assurance Evidence Metamodel).

By the way… about England

The theoretical foundation of GSN is the argumentation theory by Stephen E. Toulmin(1958, “The uses of argument”) called the “Toulmin Model”.

Toulmin was born in England and influenced by Ludwig Wittgenstein. And Prof. Tim Kelly who contributed the first and most of the application of the Toulmin Model to the computer science and industry area is also based in England.

I visited Tim Kelly in the Department of Computer Science at the University of York last year to learn what is happening in this domain, and I found that he was a very young and nice professor, thinking deeply about application of the theory to the real world.

We’ve developed a GSN editor called “Astah GSN”. Like I mentioned above, GSN is a very simple notation to present
the argument structures. 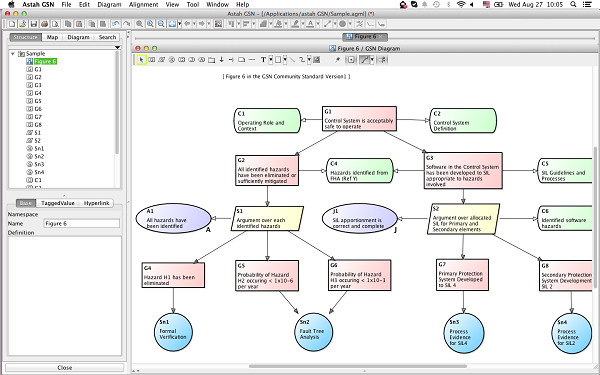