ATL#: an ATL parser for .NET

Ever thought about developing a parser for ATL? Well, they did and now explain how and why.

The easiest way to call ATL transformations from a Java class. Unleash the power of the ATL engine outside of its eclipse-plugin capsule

Dennis Wagelaar (a committer for the Eclipse ATL project, among many other things) has just published a blog post where he explains how the use of the ATL transformation language and the MoDisco reverse engineering framework helped his company to solve an... 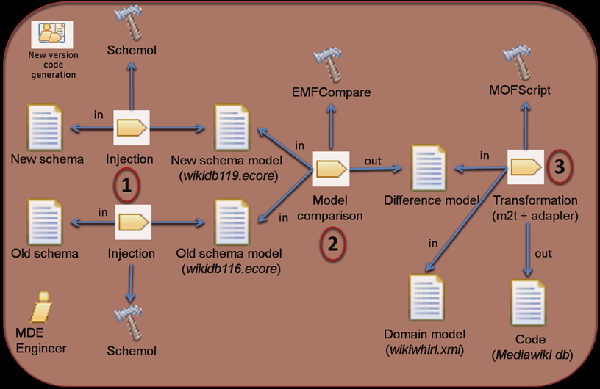 Guest post by  Jokin García summarizing our work “DB Schema Evolution in Model-to-Text Transformations: An Adapter-based Approach”  co-written by Jokin, Óscar  Díaz (both from the Onekin group, (www.onekin.org, University of the Basque Country -UPV/EHU) and myself....
« Older Entries
Next Entries »